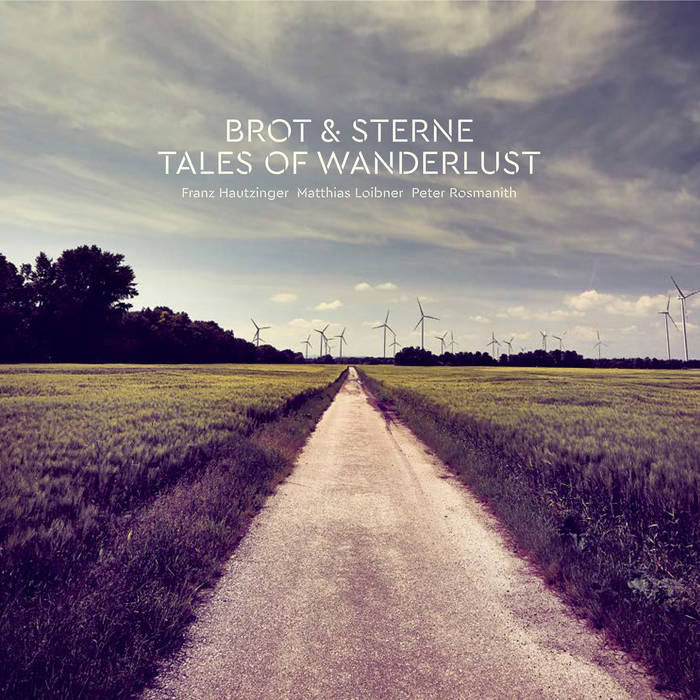 The debut album of this Austrian all-star band, whose sound is at least as unique as the unusual instrumentation promises, was released two years ago. With Tales Of Herbst [Tales Of Autumn] the musical storytellers left deep impressions on audiences and international press back in 2017. The Jazzpodium recognized “…a genre-bridging music of delicate notes and sophisticated developments.” And Londonjazznews excitedly reported: “The live performance brought out the subtle melodic beauty of the compositions and gave an extended insight into the delicacy and restraint of the trio's richly layered unity of improvisation. It was fascinating to see how such a modern sound is created with these instruments.“

And now Tales Of Wanderlust: the title and cover photo indicate that the band has been on the road. Europe-wide shows brought them to the festival Glatt & Verkehrt, to the Wiener Konzerthaus [Vienna Concert Hall] and to the National Philharmonic in Warsaw. Over the course of the concerts the hurdy-gurdy revolutionary Loibner, the trumpet avant-gardist Hautzinger and percussion globetrotter Rosmanith have shaped their delicate interactions more and more intuitively. Thus, they could approach their new recording sessions in September 2018 totally freely. The sessions took place in Morvan in the French Burgundy. A quite unpopulated region and Franz Hautzinger’s home of choice for some time now. For a week the trio sequestered themselves in a barn and recorded for four days in total. Unlike ordinary sessions, in which clearly outlined pieces are recorded, possibly in multiple takes, the music was developed during the process. You could call it instant composing, particularly because the trio’s result is quite harmonious. Brot & Sterne [Bread & Stars] avoid all too unwieldy notes and their transparent music develops a rather mellow, inviting radiance, even in somewhat darker or mysterious seeming passages. Subtle melodies and rather unobtrusive grooves enhance the poetic, at times almost trance-like aura.

The three painters of tonal color recorded everything heard on Tales Of Wanderlust live and without overdubs. Franz Hautzinger blends air noise, quarter- and microtones and imaginatively extended techniques to unique soundscapes. His courageous creative drive has been valued by New Music ensembles (for example Zeitkratzer, London Improvisers Orchestra), by jazz innovators (Derek Bailey, Keith Rowe) and by electronic music artists (Christian Fennesz) for more than two decades. Matthias Loibner, called the Jimi Hendrix of the hurdy-gurdy due to his progressive style of playing, has contributed his distinct sound to the Jazz Big Band Graz (JBBG), to World Music projects, to unconventional Schubert interpretations and a performance with two DJs at the Roskilde Festival. Peter Rosmanith once played medieval and world music, then joined the accordion freethinker Otto Lechner. Today Rosmanith takes Arabic frame drums and the darbukah, tabla and the clay vase, cajon and the advanced steel drum Hang out of their original context to deploy them for his personal ideas. The instruments open up myriads of possibilities for creating grooves and sounds of great suggestive power.

The album title Tales Of Wanderlust doesn’t only allude to the musicians’ travels, but also to the music itself, which is characterized by perpetual movement. Moving forward is essential to the philosophy of the band. Whoever is present with open eyes and ears, has a story to tell afterwards. Brot & Sterne knows how to inspire multifarious images with nuanced sounds. No matter if cryptic and floating or trenchantly rough: this atmospheric music conveys a very own power of imagination.

Bandcamp Daily  your guide to the world of Bandcamp

Featuring Oakland sounds from the Smart Bomb collective and Samplelov.